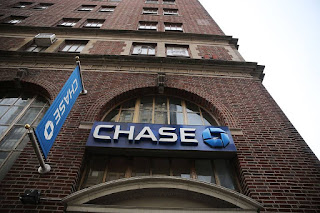 WASHINGTON, D.C. – Today the Consumer Financial Protection Bureau and Attorneys General in 47 states and the District of Columbia took action against JPMorgan Chase for selling bad credit card debt and illegally robo-signing court documents. The CFPB and states found that Chase sold “zombie debts” to third-party debt buyers, which include accounts that were inaccurate, settled, discharged in bankruptcy, not owed, or otherwise not collectible. The order requires Chase to document and confirm debts before selling them to debt buyers or filing collections lawsuits. Chase must also prohibit debt buyers from reselling debt and is barred from selling certain debts. Chase is ordered to permanently stop all attempts to collect, enforce in court, or sell more than 528,000 consumers’ accounts. Chase will pay at least $50 million in consumer refunds, $136 million in penalties and payments to the CFPB and states, and a $30 million penalty to the Office of the Comptroller of the Currency (OCC) in a related action.
“Chase sold bad credit card debt and robo-signed documents in violation of law,” said CFPB Director Richard Cordray. “Today we are ordering Chase to permanently halt collections on more than 528,000 accounts and overhaul its debt-sales practices. We will continue to be vigilant in taking action against deceptive debt sales and collections practices that exploit consumers.”
Chase Bank, USA N.A. and its subsidiary Chase BankCard Services, Inc. are based in Newark, Del. and provide consumers with credit card accounts. From 2009 to 2013, when consumers defaulted on debts, Chase attempted to collect by contacting consumers, filing collections lawsuits, and selling accounts to third-party debt buyers. When Chase sold accounts, it provided debt buyers with an electronic sale file containing certain basic information about the debts from Chase’s internal databases, which the debt buyers used to collect on the debts. Chase was also responsible for preparing affidavits to verify debts when it or its debt buyers filed lawsuits to collect on defaulted credit card debts.
The CFPB found that Chase violated the Dodd-Frank Wall Street Reform and Consumer Protection Act’s prohibitions against unfair, deceptive, or abusive acts and practices. Chase sold faulty and false debts to third-party collectors, including accounts with unlawfully obtained judgments, inaccurate balances, and paid-off balances. Chase also sold debts that were owed by deceased borrowers. Chase also filed misleading debt-collections lawsuits against consumers using robo-signed and illegally sworn statements to obtain false or inaccurate judgments for unverified debts. Specifically, the CFPB and states found that Chase:

Pursuant to the Dodd-Frank Act, the CFPB has the authority to take action against institutions or individuals engaging in unfair, deceptive, or abusive acts or practices or that otherwise violate federal consumer financial laws. Chase suspended collections litigation in 2011 and stopped selling debts in 2013. The CFPB and state actions provide relief for injured consumers, prohibit Chase from reviving its unlawful practices, and impose penalties for Chase’s law violations. Specifically, the order requires Chase to:
Chase must also implement policies, procedures, systems, and controls to ensure compliance with federal consumer financial laws when selling and collecting debts.
The Bureau is joined by 47 states and the District of Columbia in today’s action. The Bureau also worked in coordination with the OCC, which entered into a related agreement with Chase in 2013. The total relief to consumers includes debt relief associated with halting collections on more than 528,000 consumers’ accounts and at least $50 million in refunds. The amount of penalties and payments to states includes a $30 million civil penalty paid to the CFPB, a $30 million civil penalty paid to the OCC on the related matter, and $106 million in payments to states.
A copy of the consent order can be found at:http://www.consumerfinance.gov/f/201507_cfpb_consent-order-chase-bank-usa-na-and-chase-bankcard-services-inc.pdf
###


The Consumer Financial Protection Bureau is a 21st century agency that helps consumer finance markets work by making rules more effective, by consistently and fairly enforcing those rules, and by empowering consumers to take more control over their economic lives. For more information, visit consumerfinance.gov.

"Opting Out" Does NOT Increase Your Credit Score 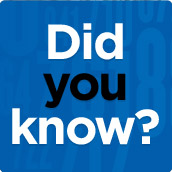 There is an abundance of information and advice regarding credit scores floating around online. Most of it is well-intentioned and much of it is accurate, but there is still a great deal of misinformation polluting the Internet. Sorting myth from reality is a constant challenge.

Credit card issuers and other lenders can buy prescreened lists of consumer names from each of the three credit-reporting companies and then mail these consumers offers of credit, via the prescreening process described here.

The Fair Credit Reporting Act (FCRA) allows consumers to have their names removed from any of these prescreened lists, a process called “opting out.” When you’ve opted out, the credit bureaus can no longer sell your name as part of any prescreened list.

The next logical question is, “Could there be an indirect influence on your credit score if you choose to opt out?” The answer is also “no.” The only impact opting out has on your credit reports, which are the sole basis of information used to determine your credit scores, is that by doing so you’ll reduce the number of soft inquiries appearing on your reports.

Soft inquiries are those posted to your credit reports if your name has been sold by the credit bureaus as part of prescreened lists, and soft inquiries have no effect on your credit score.

If you’re tired of receiving credit card solicitations in the mail, then opting out is a great way to reduce or eliminate them. But if you think opting out will improve your credit scores, then you are mistaken. You will have to pay your bills on time and stay out of excessive debt in order to accomplish that goal.