Trended Data - The New Way That Credit Bureaus "Rate You" 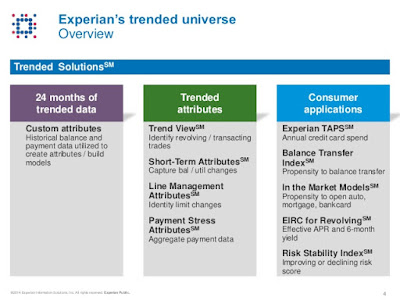 Next Post: A Financial Planner Shares Her Personal System for Managing Money.
The History of FICO

A financial Planner Shares Her Personal System For Managing Money

Part of the reason we accumulate debt is that there are so many distractions in our lives — things we want to buy but don’t need.

But we also ring up debt because we simply don’t understand the flow of our income and expenses, so we can’t accurately estimate how much money we have available to spend. 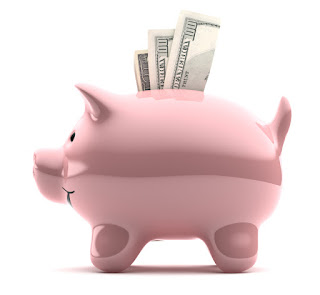 I’ve struggled with this myself. A few years ago, I put in place a “Money Flow” system to help my family track our spending.
You may have heard of a system like this before, but follow along on this tour, because it really works.

Putting the pieces in place

1. Set up two free checking accounts:
2. Set up a high-yield online savings account.
We call this our “curveball” account. It’s an emergency fund for use when life throws us curveballs — large medical bills, a job loss or reduction in income, major home repairs, that kind of thing.
3. Make a plan for big-ticket items.
My husband and I agreed that we would use one family credit card for large purchases, such as airline tickets and hotel stays. We still have our separate credit cards — it’s wise to keep your own credit cards to maintain your credit score and credit history. Using them once or twice a year should be sufficient. And don’t close those cards because it will affect your overall credit score.

1. Draw up a budget for fixed and variable expenses.
Add up how much you need in each category. This will be your guideline for how much should be in each of your checking accounts.
Fixed expenses might include:
Variable expenses might include:
2. Distribute money to the accounts.
When your paycheck comes in, allocate the designated amounts into each checking account based on the budget you created. The sum earmarked for the curveball account can go there directly.
3. Pay fixed costs directly.
All bills are paid automatically from our fixed-expenses account. We do not have to write any checks, and no debit card is necessary. This account has a cushion of a few hundred extra dollars in case a bill shows up unexpectedly or before we have a chance to replenish the account.
4. Pay variable expenses from the second account.
This account should have a debit card, which you can use for purchases.
5. Link the curveball account to either checking account.
If an emergency arises, you can transfer funds within 24 to 48 hours. You can then access the money with a check or debit card.

Once I implemented this system, the process of tracking expenses wasn’t so cumbersome anymore. Separating expenses into fixed and variable categories meant I didn’t have to worry constantly about checking account balances. Having fewer transactions in each account also made it easier to see the bigger picture of our spending.
The chart below depicts the flow of money.

Chart courtesy of MainStreet Financial Planning* After taxes and pre-tax retirement plan contributions.
Every family’s finances are different, of course. Feel free to customize my system as necessary. The point is to get — and keep — a grasp on the flow of your money. If you know exactly what’s coming in and going out, you can’t be surprised by debt.