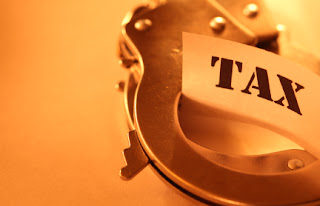 Tax day 2012 has come and gone. If you’ve already gotten your tax refund, then congratulations! And if you had to write a check, hopefully it wasn’t too painful. For those of you who blew off your taxes or decided to play games with your returns, I’d like to introduce you to the phrase: tax lien.

A tax lien protects the government’s (either state or Federal) right to claim your property if you don’t pay your tax obligations. A lien can be attached to your money or your property. When the IRS or your state’s tax authority files a lien against you they do so as a public record. This means anyone, including credit bureaus, can see the lien.

All three of the major credit reporting agencies (Equifax, Experian, and TransUnion) report tax liens on their consumer credit reports as a matter of common practice. Once a lien has found its way to your credit reports, it’s not easily removed. In fact, tax liens have the potential to remain on your credit reports indefinitely. That’s because the “seven year rule" that applies to most negative credit items does not apply to tax liens.

A tax lien is considered a serious derogatory item and can lower your FICO scores significantly. And even when the lien has been paid or settled, it still has a serious negative impact to your credit scores.

The reason…the incident of the lien occurring is what’s problematic, not the current balance.
If you do end up with a tax lien on your credit reports then you can address them one of several ways;

This is often referred to as an offer in compromise. This is just like a settlement of your defaulted credit card debt. You make an offer to the IRS and if they deem it to be of a reasonable amount, they’ll likely accept it. Once they accept the offer in compromise they will file a release of your lien. This does not result in the lien being removed from your credit reports. It simply updates it to show as a “released” lien. At this point you can add seven years to the release date and that’s when the lien will be removed from your credit reports.

If you don’t have any sort of financial hardship justifying the offer in compromise then the IRS is going to want you to pay your tax lien in full. Once it has been paid in full, they will file a release of lien. The above credit reporting scenario applies to these released liens.

Last February the IRS announced a new set of policies and procedures designed to entice taxpayers to pay their liens in full rather than offer settlements. Here’s the deal, if you pay your lien IN FULL, or enter into an installment repayment program that will eventually lead to your lien being paid in full, you can petition the IRS to withdrawn your lien, rather than simply release it. You’d use IRS form 12277 to apply for the withdrawal.
If you are successful getting your lien withdrawn then it will come off of your credit reports immediately. This is because the credit reporting agencies do not report withdrawn tax liens. This option has caused confusion with taxpayers and has lead to the following questions;


Removing the lien from your credit report


The IRS didn’t put the lien on your credit reports in the first place. They just filed it as a public record, which is how the credit bureaus got it. The IRS won’t help you get the lien removed. Once the withdrawal has been approved and filed, contact the credit bureaus and let them know the lien has been withdrawn. They’ll confirm your dispute and then remove the lien.


Will this work for state tax liens?

This withdrawal policy is an Internal Revenue Service policy and does not apply to the various state tax authorities. And while I’m not versed on the tax policies of all 50 states, I have not seen an example of this working for a state tax lien.


I’ve been asked if this new withdrawal option will work for liens that were filed and then paid in full before the IRS’s announced their new withdrawal policy last year. While I can’t get an answer from the IRS on that front, I have had numerous consumers contact me with examples of successfully getting old tax liens withdrawn and subsequently removed from their credit reports. So yes, it does appear the policy is retroactive at least according to the evidence I’ve seen.

John Ulzheimer is the President of Consumer Education at SmartCredit.com, the credit blogger for Mint.com, and a contributor for the National Foundation for Credit Counseling.  He is an expert on credit reporting, credit scoring and identity theft. Formerly of FICO, Equifax and Credit.com, John is the only recognized credit expert who actually comes from the credit industry. The opinions expressed in his articles are his and not of Mint.com or Intuit. Follow John on Twitter.

Next Post: Can your "Employment Credit Score" Hurt your chances on getting a job?

A Credit Score That Tracks You More Closely Than You Think ...