Disputing Credit Report Information, What Happens to my FICO Scores During The Dispute? 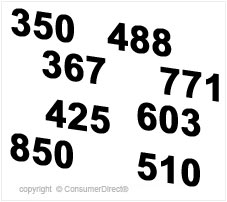 By John Ulzheimer President of Consumer Education at SmartCredit.com,

“I’ve read on the Internet that when someone disputes information on their credit reports their credit scores will improve because the disputed item no longer counts in their scores.  Is that true”

As you’ve probably figured out by now, there’s a enormous amount of information about credit scores floating around on the Internet.  Some of it is accurate, a lot of it is not.  This consumer’s question is actually a good one because there is variable treatment of credit information when it’s being disputed.  But, it’s not as simple as saying, “no, it doesn’t count in your score while it’s in dispute.”  Here’s the truth on the matter…

First off, the credit reporting agencies aren’t stupid.  Second, FICO isn’t stupid.  They know that ignoring a piece of negative credit information simply because the consumer doesn’t agree with it isn’t a good idea.  If that were actually true then consumers would challenge everything they don’t agree with and then go out an apply for a loan while the items are being investigated.  Sorry, it doesn’t work that way.

The initial dispute can change how the credit scoring model treats the account, but it’s certainly not fully ignored.  Anything negative or debt related is temporarily bypassed while the initial dispute is conducted.  This can sometimes cause the score to increase, although you wouldn’t know that, and it might seem like an opportunity for the consumer to pull a fast one on their lender by trying to time an application to coincide with the dispute.  But, lenders aren’t stupid either.

When a lender pulls your credit report they can see that you’re disputing something.  And since they’re privy to this “while in dispute” strategy many of them have built in policies that will kick out an application submitted by a consumer who has an active dispute in process.  Fannie Mae, the mortgage giant, is one of them.  Point being, it doesn’t really matter how good your score may be…the fact that you’re disputing potentially negative information isn’t a secret and lenders will want your dispute to be finalized before they move ahead.

Look, nobody blames anyone for trying to get a better FICO score.  We all want great scores, right?  But, I have a much better “score improvement” idea…earn great scores by paying your bills on time and staying out of credit card debt and you won’t have to try and beat the system.  You’ll pay lower interest rates, lower insurance premiums, and be treated much better by your lenders.  And, good scores tend to persist because once you’ve gotten a taste of low interest rates you’ll never want to go back to sub-prime land again.

Credit Reporting Expert, John Ulzheimer, is the President of Consumer Education at SmartCredit.com, the credit blogger for Mint.com, and a Contributor for the National Foundation for Credit Counseling.  He is an expert on credit reporting, credit scoring and identity theft. Formerly of FICO, Equifax and Credit.com, John is the only recognized credit expert who actually comes from the credit industry.

Next Post: The Worst Loan That You Can Default On IS ....

Fantastic Article:
A Credit Score That Tracks You More Closely Than You Think ...