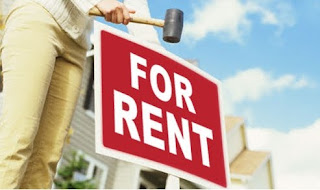 For people with what are referred to as "thin" credit files, such as students, new college grads or recent immigrants, this is an important tool to help them build a credit history without the expense of an installment loan or the temptation of a credit card.

"The biggest effect of the data is on individuals who have 'thin' credit files," says an Experian spokesperson "What's more, during this year, they'll only be reporting positive payment information. Starting next year, however, if you don't pay your rent on time, you could find it tougher to land an apartment in the future, because negative activities will be recorded as well.

As of last month, rental information is incorporated into a person's VantageScore credit score; industry analysts say it's likely that details about rent-paying could be incorporated more broadly into credit reporting in the future.

With the addition of the RentBureau data, more than 45% of the individuals who either couldn't have a score calculated, or were in the 'F' category, are now moved up by at least one score bucket.

Given the new income restrictions and limitations on young people obtaining credit cards, this shift has the potential to be hugely beneficial to a population that would otherwise have to pay more for the privilege of obtaining credit.

If you rent, don't assume that Experian has your information; right now, only about 8 million renters' data is in RentBureau's files, which represents only a small slice of the estimated 96 million renters in the country. The rental details are considered for purposes of the scoring model to be an installment loan like a car payment because they have a fixed payment obligation each month.

One final note: If you've never rented, your score won't be negatively impacted. Although the credit scoring model faults people for not having both installment (such as a car loan) and revolving credit, it won't take you down a notch if you weren't a renter.