How to Make (or Break) Your Credit Score

Wise or Foolish?
By Janene Mascarella 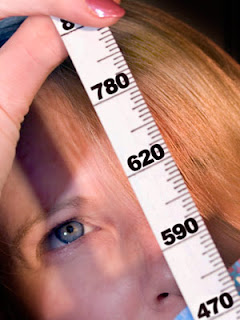 If life is simply the sum of your choices, you could say the same about your credit score: everything you do (and more specifically, buy) drives that three-digit number. It's probably obvious to you that smart decisions can send your score soaring and save you money, while bad decisions can drag your score down and leave you digging deep into an empty wallet. So why is it so easy for people to get trapped?

Your credit score is your financial snapshot -- your portrait as a borrower -- but your score isn't set in stone. That's both good and bad, because the choices you make today can shift the number in either direction for the years ahead.

When Ralph Garcia, owner of a vacuum-and-sewing store in Redwood City, California, started falling behind on bills and getting slapped with late payments, he was determined to take control. He thought it would be smart to cancel two cards with balances and pay them off over time. But the results weren't positive. "That move lowered my score, because my available credit line went down, and the percentage of debt went up," says Garcia, who has been self-employed for 31 years.

Last year, Garcia's credit score was about 750 ("outstanding"); now it now sits at 691 ("good"). "What I did wasn't a rocket-scientist move, for sure," he says. "I just figured, if I didn't have the cards, I wouldn't use them. I'm just trying to make the payments and get the bills down."

Closed and unused accounts can hurt your score if you're paying off debt, says Ethan Ewing, president of money-management site Bills.com. Ewing suggests rotating the use of one credit card at a time (and paying it off monthly), or setting cards aside, so you're not tempted to use them, but keeping the accounts open. "And if a creditor closes your account, they must notify you 30 days in advance," says Ewing. "Call to ask that they reverse the decision."

To keep cards active, charge a monthly bill, such as your telephone, to a card, and set up an automatic payment or a personal reminder so you don't miss a payment. And never cancel a credit card with a long history, Ewing advises. "The longer you hold a card, the more valuable it is in your credit-score determination."


My Smooth Move: Getting Serious About Timely Payments

Credit Score Direction: Up -- and staying up

Danny Kofke says he and his wife, Tracy, have not done anything drastic to raise their credit scores: they just pay all of their bills on time. As simple as that strategy seems, it came from a conscious decision to secure their financial future. "My credit score is 795 and Tracy's is 813" out of 850, says Kofke, a 33-year-old special-education teacher from Hoschton, Georgia. "Making the conscious decision to pay all of our bills on time has definitely helped us."

Kofke wrote the book on good credit -- literally. The author of a 2007 book called How to Survive (and Perhaps Thrive) On a Teacher's Salary, Kofke says his elevated score is more than an ego boost. "We just refinanced our mortgage, and we qualified for a low interest rate because of our credit scores," he says. Their choices even give them the security to let Tracy be a stay-at-home mom.


Reaping the Rewards of Prompt Payments

"Generally, I think timely payments are the most controllable factor for families today," says Dan Danford, C.E.O. of the Family Investment Center, a commission-free investment-management firm in St. Joseph, Missouri. "There's nothing wrong with borrowing. But your score will get dinged if you borrow too much or foul up the agreed payment schedule."

It's never too late to make a smart move like Kofke did, even if your score isn't sitting pretty. Paying bills on time for as little as one month can raise even a modest credit score by 20 points, Bills.com's Ewing says.


My Not-So-Smooth Move: Ignoring My Debt

Credit Score Direction: Down ... way down

Russ Marshalek makes no bones about it: he killed his credit score by filing for bankruptcy, a desperate move often deemed "credit doomsday." Already in credit-score trouble from financing college plus living expenses, the 26-year-old book publicist from Queens, New York, found himself struggling to keep up with the bills piling up.

For a while, Marshalek ignored the consequences of his debt -- late payment penalties, and intimidating collection phone calls -- and hoped it would all just go away. It didn't, and his delinquencies took a massive toll on his credit score. "When I filed for bankruptcy, my credit score was in the mid-300s -- which is basically about as low as it can go," he jokes, "before creditors begin taking parts of your body and various organs as payment."

Marshalek knew he was in serious trouble. He faced two wage garnishments at his old job, defaulted on his student-loan payment, and got bullied by a collection agent into a payment he couldn't afford. "I didn't really know how to extricate myself from this tidal wave," he says. A consumer credit-counseling service advised him that bankruptcy was his only option.

A bankruptcy stains your credit report for seven years, says Kelli Grant, a consumer reporter at SmartMoney. But that's not a death sentence. Marshalek's credit score has already hit bottom, Grant says; it can only go up from here. "If you can prove you've been doing good things since filing," Grant says, "creditors are apt to look at your recent positive history."

Marshalek calls his experience harrowing and painful but worthwhile. After filing for bankruptcy last year, he's now paying his bills on time. "Though I'm aware it will take time, now actually achieving and maintaining a high credit score is possible for me."


My Smooth Move: Diversifying My Credit

Credit Score Direction: Up, then a dip

Six months ago, Dawn Allcot's free credit-score monitoring service offered tips on raising her score. She learned that she lacked "diverse" credit, like store cards and personal loans. Her credit score was good (over 620), but she wanted it higher.

"Kohl's is one of my favorite stores, so I opened a card," says Allcot, 35, a freelance writer from West Islip, New York. "I use it to take advantage of sales that require a charge card and pay it off immediately -- sometimes right in the store."

The move raised her score about 50 points. "The perks offered with the cards save me money," she says. "So far -- it's been six months -- I haven't had a problem. I never charge more than I can pay off."

To raise your credit score, it's important to have a healthy mix of loans and credit cards, says SmartMoney's Grant. The one move to be cautious about is opening a lot of accounts in a short period of time: issuers tend to see a move like that as a bigger risk. In fact, that very strategy made Allcot's credit score dip. But she should see her score bounce up again quickly, Grant says, once she's established a good credit history with these new accounts.

Generally, if you use money wisely and pay off debts according to an agreed-upon schedule, as Allcot does, then your rating will be good. "It's tough for most families to make a go on cash alone, and lenders understand that. They just want some assurance that you've borrowed and paid back in the past," says Danford. "A few blemishes aren't the end of the world."