Two people walk into a deli and both order a pastrami on rye. When the check arrives, one is charged $8. The other is surprised to get a bill for $15.99.

That’s not the start of an old Henny Youngman joke. It’s an analogy that raises some of the issues in the FTC’s proposed $2.95 million settlement with Sprint for allegedly charging customers with lower credit scores a monthly fee without giving them the proper up-front notice required by law.

The FTC’s lawsuit centers on mobile service provider Sprint’s Account Spending Limit Program. Under the program, consumers with lower credit scores were charged a monthly fee of $7.99 on top of what they already had to pay for cell phone and data service. But here’s the thing: Many consumers didn’t know they had been “enrolled” in the program and weren’t given mandatory information that would have made it possible for them to do meaningful comparison-shopping before they were locked in. The FTC says that by tacking that extra $7.99 fee onto consumers' monthly bills without making required disclosures, Sprint violated the Fair Credit Reporting Act and its Risk-Based Pricing Rule. 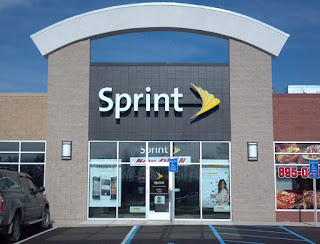 Because Sprint bills consumers for services after the fact, the company is covered by the Risk-Based Pricing Rule. Under the Rule, if consumers are offered service on less favorable terms based on their credit report or credit score, the company has to inform them of that fact by giving them what the Rule calls a risk-based pricing notice.

But according to the complaint, in many cases Sprint failed to provide customers it placed in its Account Spending Limit Program with all of the required disclosures. The FTC says Sprint’s notices omitted key information necessary for consumers to determine if their lower credit scores were based on errors in their consumer reports. That’s a particularly important consideration, given FTC studies showing that credit reports often contain mistakes that can have a major impact on what people have to pay for things like cell phone service.

Sprint's timing raised concerns, too. The complaint alleges that Sprint often gave consumers the required notices too late for them to shop around for a better deal without having to cough up a hefty early termination fee.

In addition to a $2.95 million civil penalty, the proposed settlement requires Sprint to comply with the Risk-Based Pricing Rule. But that’s not all. From here on in, Sprint will have to give customers the required notice – this time, with complete information – within five days of signing up for Sprint service or by a date that gives them the ability to avoid recurring charges like those in the Account Spending Limit program. Sprint also has to send corrected risk-based pricing notices to consumers who received incomplete notices from the company.

Do your company’s practices put you at risk for a Risk-Based Pricing Rule violation? One important compliance tip: Make sure your notices give consumers all the information required by law. Read Using Consumer Reports for Credit Decisions: What to Know About Adverse Action and Risk-Based Pricing Notices for guidance.


NEXT POST: Trending Data - The New Way that the Credit Bureaus Rate You.

The History of FICO