ECMC has appeared in literally hundreds of student-loan bankruptcy cases, and it knows all the legal tricks for defeating a student-loan borrower's efforts to discharge student loans in bankruptcy. And most of the time ECMC wins its cases. 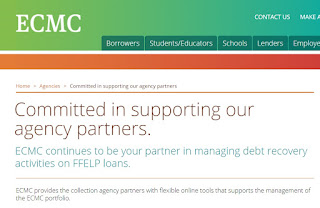 Rowe declared bankruptcy and filed an adversary proceeding to discharge the student loan ECMC claimed he owed. A trial date was set, but neither Rowe nor ECMC filed the disputed loan document with the court.

Judge Furay ordered the parties to file briefs on the burden of proof and concluded the burden was on ECMC to prove Rowe owed on the student loan. Since ECMC did not produce the loan document, Judge Furay discharged the debt.

What the hell happened?

How could ECMC,, the most sophisticated student-loan debt collector in the entire United States, not produce the primary document showing Rowe had taken out a student loan?

I can think of only two plausible explanations. First, ECMC may have had the loan document in its possession but didn't produce it because the document would show Rowe was right-- he hadn't signed the loan agreement.

Second, the loan document may have gotten lost as ownership of the underlying debt passed from one financial agency to another.

Here is the lesson I take away from the Rowe case. If you are a student-loan debtor being pursued by the U.S. Department of Education or one of  DOE's debt collectors, demand to see the documents showing you owe on the student loan.

Most times, the creditor will have the loan document, but not always.  And, as Judge Furay ruled, the burden is on the creditor to show a loan is owed.

And so I extend my hearty congratulations to Thomas Rowe, who defeated ECMC, the most ruthless student-loan debt collector in the business. Thanks to Judge Furay's decision, Mr. Rowe can tell ECMC to go suck an egg.

WASHINGTON, D.C. — The Federal Trade Commission (FTC) issued a reminder that, starting today, consumers who are concerned about identity theft or data breaches can freeze their credit and place one-year fraud alerts for free. 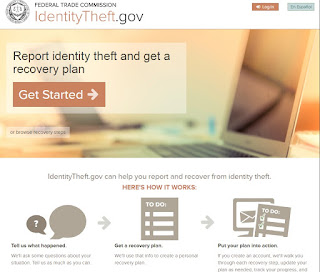 Under the new Economic Growth, Regulatory Relief, and Consumer Protection Act, consumers in some states — those who previously had to pay fees to freeze their credit — will no longer have to do so. The new law also allows parents to freeze for free the credit of their children who are under 16, while guardians, conservators, and those with a valid power of attorney can get a free freeze for their dependents.
In addition, the new law extends the duration of a fraud alert on a consumer’s credit report from 90 days to one year. A fraud alert requires businesses that check a consumer’s credit to get the consumer’s approval before opening a new account.
As part of its work to implement the new law, the Federal Trade Commission has updated its IdentityTheft.gov website with credit bureau contact information, making it easier for consumers to take advantage of the new provisions outlined in the law.
To place a credit freeze on their accounts, consumers will need to contact all three nationwide credit bureaus: Equifax, Experian, and TransUnion. Whether consumers ask for a freeze online or by phone, the credit bureau must put the freeze in place within one business day. When consumers request to lift the freeze by phone or online, the credit bureaus must take that action within one hour. If the request is made by mail, the agency must place or lift the freeze within three business days.
To place a fraud alert, consumers need only contact one of the three credit bureaus, which will notify the other two bureaus, according to the FTC.
“Credit freezes and fraud alerts are two important steps consumers can take to help prevent identity theft,” the regulator stated on its website. “Identity theft was the second biggest category of consumer complaints reported to the FTC in 2017 — making up nearly 14 percent of all the consumer complaints filed last year. Consumers who believe they have been the victim of identity theft can report it and receive a personalized recovery plan at IdentityTheft.gov.”