Trade-level derogatory entries in your credit file, and why to avoid them 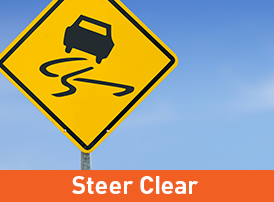 Many kinds of entries on a credit report can lower your credit score, but some are much more harmful than others. The entries that do the most damage and that tend to keep your score down for extended periods of time are what lenders call derogatory events—or just plain bad ones. Lenders view derogatory credit-report entries as evidence of mismanaged debt. That is why credit-scoring models typically treat them as grounds for steep, long lasting score reductions. That is also why you should avoid them at all costs.

This four-part series of articles is designed to help you “steer clear” of derogatory events, examining them in detail so you know what to avoid—and what the consequences could be if you don’t. We are covering the three categories of information that can be considered derogatory: The first part examined public records; part two looked at credit report narratives, this installment and part four will look at the somewhat complicated topic of non-performing trade lines—a fancy term used to describe accounts that aren’t being paid as agreed upon. Trade, as used in the credit industry, refers to an account on your credit report. So, a Bank of America credit card on your credit report, would be referred to, formally, as a trade line.

A trade line can contain a variety of negative entries, including current and historical late payments, past-due balances, and indicators of default or other serious delinquency associated with the account. This month we’re going to tackle historical late payments. Just for clarity, a late payment on a credit report isn’t the same as a late payment on an account. I know that doesn’t make any sense, so let me clarify. In order for you to be late on one of your credit accounts, you have to not make a payment on or before the due date. In order for a late payment to show up on your credit reports you have to be a full 30 days past the due date.


Next month, we’ll take a deeper look at trade-level credit-report entries, and additional types of records to avoid.


Trending Data - The New Way that the Credit Bureaus Rate You.

The History of FICO